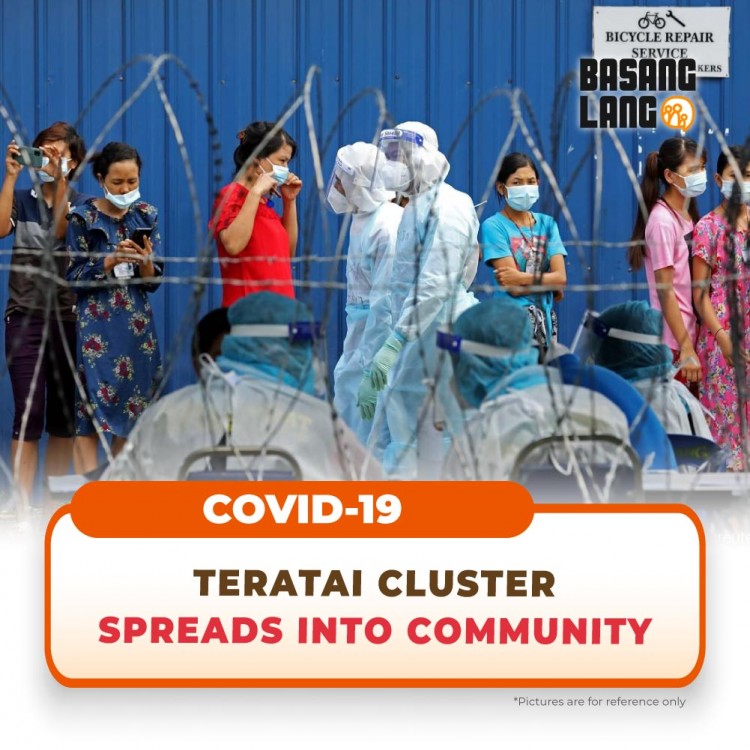 The Teratai cluster which contributed the largest number of new positive cases on 24th of November, has an infection rate of 43.8 per cent, Health director-general Tan Sri Dr Noor Hisham Abdullah said.

The cluster had recorded 1,067 out of today's 1,884 positive cases nationwide.

Dr Noor Hisham said the significant increase of cases from Teratai cluster since Nov 7, had accumulated to 2,542.

"The virus has spread beyond the factory workers' circle. We found there are 71 cases or 2.8 per cent stemming from close contacts of the workers, such as their families members. "There are workers who are not staying at the worker's dormitories but at their own houses," he told reporters today.

Earlier, Dr Noor Hisham said those infected in the Teratai cluster were aged between two and 68.

He said the National Security Council had ordered all of the related 28 factories in Klang to shut down in phases following the significant increase of cases in the area.

"We are carrying out close contact tracing and screening for about 13,000 factory workers."